Directing a Play for the Theatre 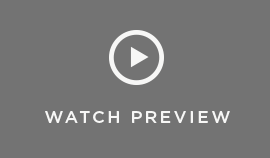 Everyone, it seems, has seen the international hit show THE WOMAN IN BLACK. It was conceived and directed by Mill regular Robin Herford. He directs a play for The Mill every year and in 2020 he directed RELATIVELY SPEAKING by Alan Ayckbourn. We spent six weeks alongside Robin filming this production from audition process, to first meeting with the designer, rehearsals and through up until the opening night. This Masterclass is a must see for any budding director or curious actor intending to follow a career on stage. Robin talks us through the whole process in four 90 minute sessions. 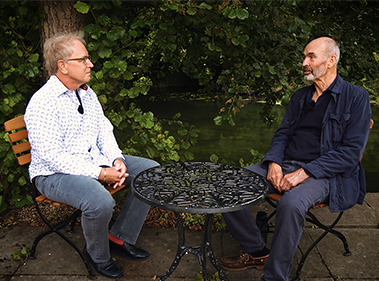 Robin Herford’s illustrious career as an actor and director is outlined. Robin discusses his close association with the UK’s most prolific playwright, Sir Alan Ayckbourn - who was the first to see Robin’s potential as a director. Mark Curry questions the lessons learned from this outstanding relationship. 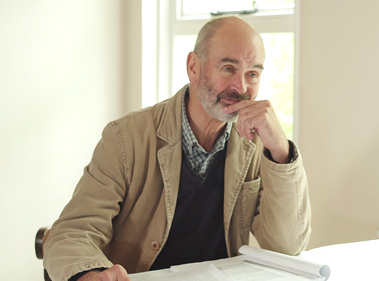 The script, the script, the script. The words on the page are the most important factors in any production. Without a good script there is no play. How does one choose a script? What is good? What is bad? What is the directors relationship with the playwright? For this Masterclass Robin has chosen RELATIVELY SPEAKING by Alan Ayckbourn. A play he has directed and/or performed in three times. 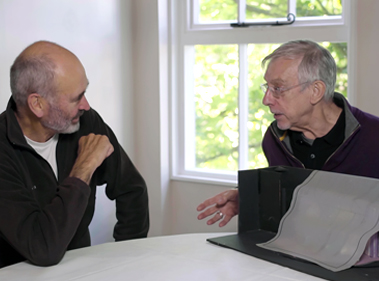 1.3 First Meeting with the Designer - 18mins

The director’s harmonious working relationship with the designer is paramount to any production’s success. What happens if the designer and director don't gel? No problem in this instance as Robin Herford and Michael Holt have worked together more than 80 times. Most notably in THE WOMAN IN BLACK. At the first meeting Robin & Michael discuss the difficulties in staging RELATIVELY SPEAKING. A particular problem is the major scene change half way through Act One. 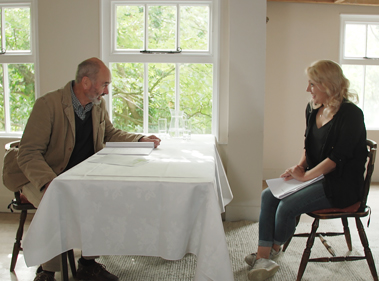 Most directors will tell you that casting a play right is 95% of their job. How do you go about finding the right actors for your play? How do you conduct auditions and get the best out of your auditionee? In this scene we see Robin audition an actress for the role of Ginnie in Relatively Speaking. Does she get the part? 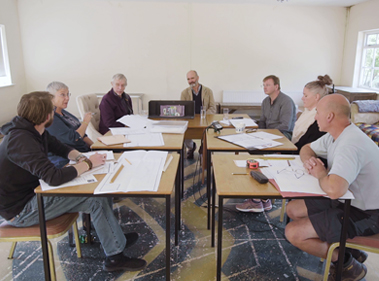 A few weeks before rehearsals start a production meeting is held with all the creative team. The Designer brings the model box of the set. The team discuss the building, the logistics, the costs of the set. The Lighting Designer discusses the lighting. The Sound Designer will discuss music and sound effects. The Costume Designer will not only outline the style, colours, period of costumes and wigs, but also practicalities such as quick changes. The Director will set out how he wishes to conduct the rehearsal period. The team can then start work on build-ing, making and preparing, before rehearsals even start.

In this Session Robin Herford & Mark Curry take us through the first week of rehearsals. Starting with the nerve racking first read through and then watching two scenes being directed and blocked in the rehearsal room. The first scene with actors Christopher Bonwell & Sydney Stevenson. The second scene with Rachel Fielding & James Simmons. We also hear what is expected of the Production Team during this week. 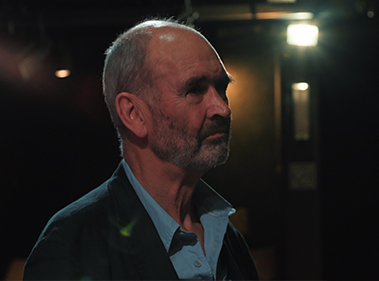 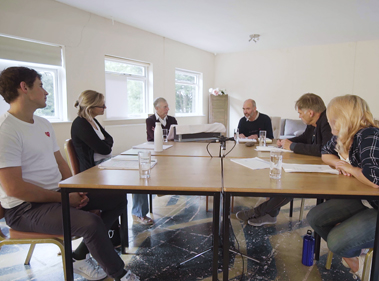 The nervous energy flying around the rehearsal room on the first day is tangible. It is the day for the director to take the lead and focus that energy. Once everyone has met, a good way to start is with a gentle read through of the whole play. In this scene we meet the cast of RELATIVELY SPEAKING and we are transported to the rehearsal room for the read through. 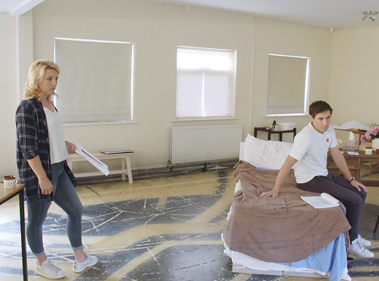 The director will build the play up in layers over the coming weeks. The first layer is to start blocking the play; deciding with the actors where and when they will move around the stage. All the while taking the time to discuss each character’s background and motivation. Robin rehearses the opening scene of the play with actors Christopher Bonwell & Sydney Stevenson. Then continues with 'The breakfast scene' involving actors James Simmons and Rachel Fielding. 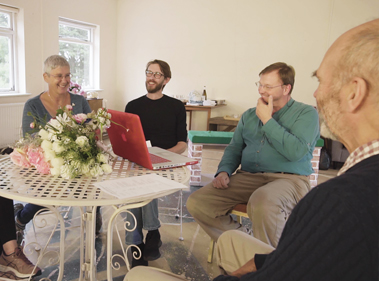 Ideally a director should have worked through and blocked the whole play by the end of the first week. The director, cast and crew are now aware of any surprises or difficulties that need to be addressed. It also gives the company a feeling of security. What does the director ask his cast to do over the weekend before the beginning of the second week?

Once the play is blocked work starts on the script in detail. In this session we watch Robin and his cast as they dissect the play through week 2 of rehearsal and then start putting it all together in week 3. It is finally time to say goodbye to the rehearsal room. How does Robin prepare the cast psychologically and technically for moving into the theatre? 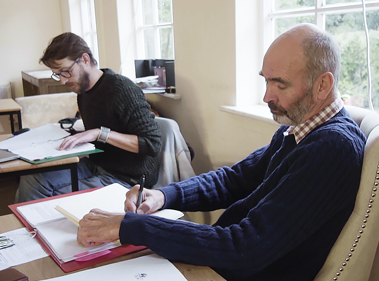 What happens in the second week of rehearsal? Robin & cast will work on the script in more detail. It is a tricky week and the director must have great patience with actors still learning the script. Each actor working at a different pace. Meanwhile the technical team will be producing actual props and real costumes for the cast to use in rehearsals. 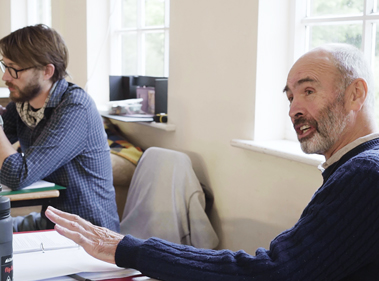 Robin rehearses more of Act One of RELATIVELY SPEAKING. The first week of rehearsal is compared to the second week of rehearsal. Robin is very much hands-on in the first week. In the second week he lets the actors run a scene and starts to give notes. He discusses with Mark Curry his method of working and more specifically how he deals with actors who may have problems. 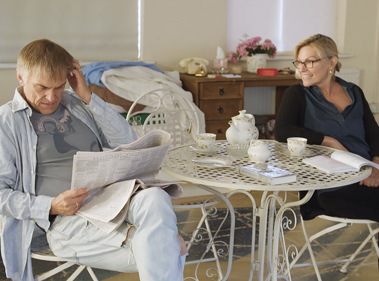 By the end of week 2 the director should aim to have worked through the play from beginning to end in more detail. Robin likes to work through each scene and then go back over the scene two or three times. Familiarity and muscle memory for the actor is particularly important. Here Act 1, Scene 2 is being rehearsed. Notice how Robin allows the actors to run the scene without interruption. Then gives notes. 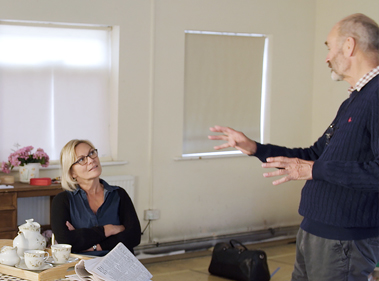 Robin talks through the final few days of rehearsal before moving into the theatre. He emphasises the importance of achieving as many of the technical elements of the play in the rehearsal period. So that the props are the actual props, the costumes are the real ones, the tea in the teapot and the toast and marmalade are edible. Enabling the actors to time all actions accurately. Saying goodbye to the rehearsal room is a celebratory moment for the company. How does Robin prepare the cast psychologically and technically for moving into the theatre?

The production week has arrived. The cast and crew have moved into the theatre. We see Robin’s journey through the days leading up to opening night, dealing with technical and dress rehearsals. His work doesn’t stop at the first night and Robin discusses with Mark the director’s role during the run of a play. 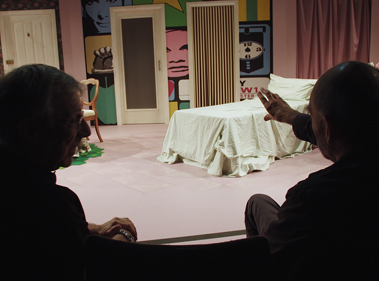 Moving into the theatre is an exciting moment for all involved. The set is moved from the workshop to the stage. Robin works out the exact positioning of furniture; and looks at sight lines with Michael Holt, the designer. Then moves into the lighting tech where the lighting designer shows Robin the various lighting states. Next is the sound tech where Robin listens to sound levels. All of this take place without the cast. 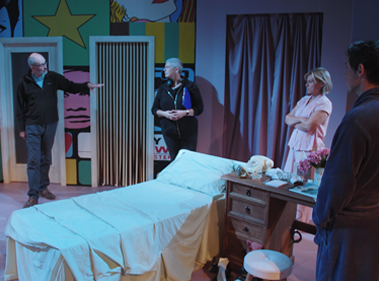 The cast finally arrive in the theatre and are invariably excited about seeing the set that will be their home for the next few months. Walking the set is an important hour before the actual Technical Rehearsal takes place. The actors will find out how to get from one side of the stage to the other, look at entrances and exits, how door knobs work, where quick changes will take place, where their props are set, where their cue lights are. All of this can save a lot of time later in the day. 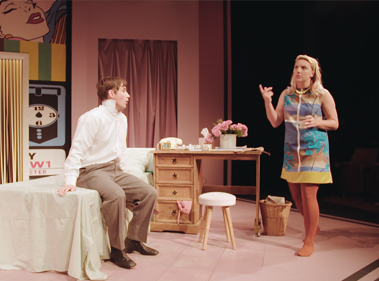 Robin discusses with Mark Curry how he wants the technical rehearsal to proceed. He doesn't jump from cue to cue. He runs the entire play with all the technical effects, props, costumes. Part of the first scene is then staged. This is followed by the challenging scene change in Act One. The Stage management work out the best way to solve this problem. 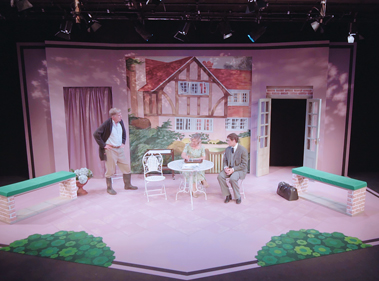 A Dress Rehearsal needs to be a run of the play without stopping. It is a performance with no audience. Except for the presence of director and creatives. The second scene of Act One is shown in this excerpt. Robin also talks about note-taking and note-giving to the cast and technical crew. 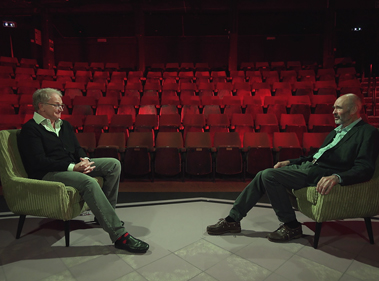 How does a director feel on the first night? What is his role after the show has opened? How often does he return to see the show? What notes does he give to the cast? What problems can occur during the run of a play and how does the director deal with them? And what about the all important critics? How do you help an actor who has had a bad review? Robin answers all the above revealing his years of experience.

Who is this masterclass for?